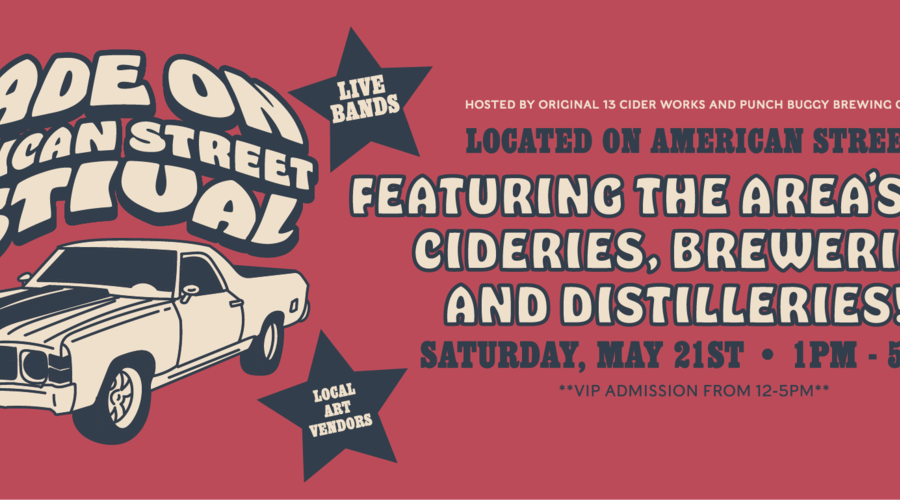 Spring is here so it's officially that time. What time you may ask? That time for outdoor drinking festivals and events! Just think about it for a second. Sun beaming on your skin, a cold beer/drink sweating in your hands, while you hop from booth to booth trying various foods, drinks, and watching live music and artists do their thing. Challenging your friends to a game of corn hole and blaming it on the beer when you lose. It’s such a good time! And the great news is, there’s a festival coming up next Saturday! On May 21st the Made on American Street festival is coming back to the newly renovated American Street as a beer, music, and street festival!

This historic festival has been around for the last 15 years and is now run by the OG’s of American Street: Original 13, Punch Buggy Brewing, and Home Brewed Events. They teamed up to bring the best beer, cider and spirits from the city together for an afternoon of sipping and sampling on the newly renovated American Street in Kensington. 4333 Collective will be featuring talented musicians to showcase a variety of musical genres. Local restaurants and cafes will be offering food pay as you go.

I had the pleasure of speaking to Patrick Coyne from Punch Buggy Brewing Company,

“On the other side of Girard Ave there's alot going on. You could spend an entire day exploring, getting some good food, ciders, and stuff. Made on American Street is a huge event but it's also to raise awareness that there's a lot of things happening on American street.”

So next Saturday, grab your friends and family and head to American Street between Master and Cecil B Moore for a fun day of food, drinks, music, laughs, and make some memories!