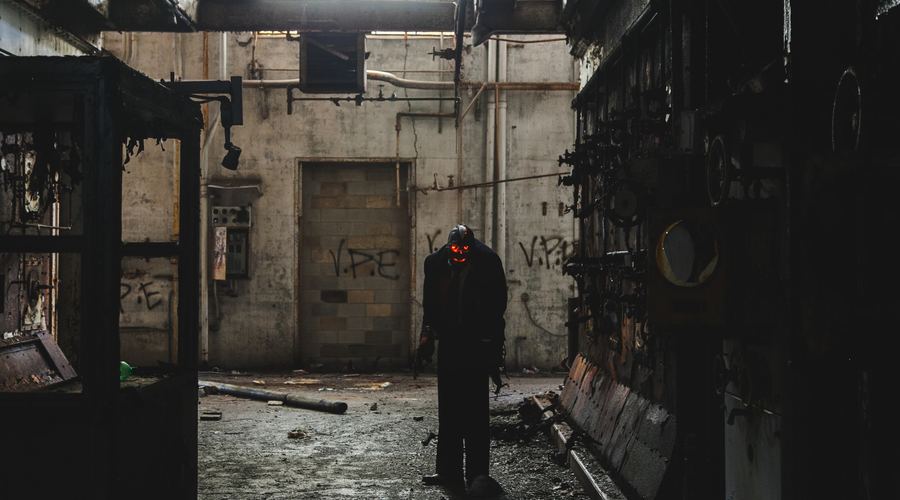 With Halloween fast approaching, I was reminded of one of the most electric feelings I had before the pandemic. It was that wonderful day back in the Spring of 2019.

It was a wild build up to an event affectionately named “The Furnace Party”.

If you don’t know about it, just Google “Furnace Party” and you’ll head down the rabbit hole that leads back to the infamous notes found all over Brewerytown that kickstarted the viral rollercoaster.

TV stations came down, even a DJ. Before you knew it, someone was selling t-shirts. The cops were there, but they had no idea what was going on or what to expect. It was a perfect storm of anticipation and high expectations for the hundreds and hundreds of people that came who just wanted to see what would happen. What the attendees can claim is that they were actually there and saw for themselves the sights beyond explanation. Every turn of your head was someone and something different.

Off in the distance, a dark figure. Mostly motionless but creeping in unpredictable directions…it captured your imagination. It was the dark complement to all the smiles and laughter that filled the air. “The Reducer” as he came to be discovered, was merely having a little fun. He had no idea what to expect either but he was met with plenty of curiosity by those brave enough to engage him. His name is John Kramer, a local film maker who’s working on a documentary highlighting the Philadelphia Electric Company and all the wonders they left behind in the wake of their departure. Find out more here: https://www.kickstarter.com/projects/electricrust/electric-rust-abandoned-power-plant-documentary

We caught up with John for a quick chat:

What’s your fondest memory of the “Furnace Party”?

I had never been in costume in public before that day but I just had to do it. I had been working on this project about urban decay and the abandoned electric factories and here comes this Reddit page about a Furnace Party and some guy who’s going to turn us all into steel statues. It was too wild not to check out but I wanted to have a little fun and dress up as The Reducer. Some people were cool and played along, some were scared of me and kept their distance. It was a ton of fun. Nothing like that has happened before or since. A truly amazing day.

What drew you to the history of the electric factory?

In 2016, I had an internship in Philly and on the way in on my very first day, I noticed the smokestacks in Fishtown. Abandoned power plant...I went over there and fell in love with the scene. I walked right through the wrought iron gates and saw the rusting machines. It looked so important and knew nothing about it. So I started digging into why. Kept going back there and getting more and more excited about an idea for a music video that eventually evolved into a documentary. I have a ton of amazing footage and dozens of stories that I’m putting into it. The finished product is going to be something no one has ever seen before.

What’s your next project?

I’m fascinated with urban exploration. There are so many great stories out there and some of the locations are sacred to those who are trying to protect them and keep these places secret. I want to know the secrets too and share them with the world.