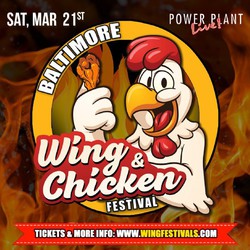 March Madness at the Trappe Tavern

Where to get lucky this St. Patrick's Day